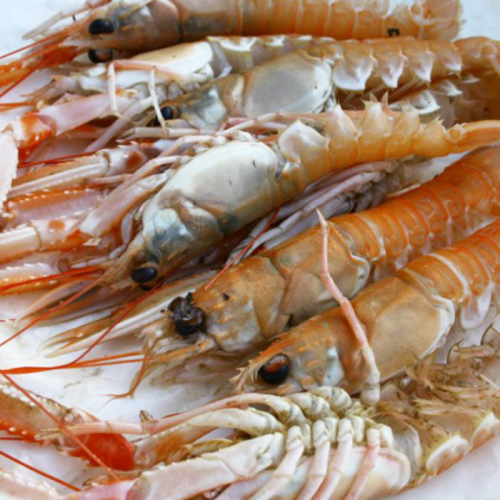 Food waste and marine plastic pollution are two of mankind’s most pressing concerns . At a time when one in nine people are deemed to be malnourished, the United Nations’ Food and Agriculture Organization (FAO) estimates that as much as one-third of all the food produced globally is lost or wasted.

Concurrently, and as universally highlighted by the David Attenborough documentary series Blue Planet II aired on BBC, some 8 million metric tons (MT) of discarded plastics are entering our oceans every year.

The sheer scale of these two crises are not only unsustainable, for the majority of us, they’re also very difficult to stomach. Fortunately, the startling statistics have not gone unnoticed by supply chains, with a growing number of solutions linked to tackling these issues coming onstream. One such innovation with the potential to have a positive impact in both areas is a new type of chitosan-based bioplastic that offers a much greener alternative to those conventional plastic films that can’t be recycled. It also offers the significant benefit of adding longer shelf-life to food products.

Developed by Scottish biotech company CuanTec, the product, trademarked “CuanSave,” is formulated from chitin that has been extracted from the shells of shellfish left over after processing – mainly langoustines caught in Scottish fisheries. It is antimicrobial, with the ability to extend the shelf-life of fresh fish by up to 40 percent, the company claims.

Therefore, as well as providing a ready-to-go circular economy by giving a value to what would have been a waste material while also taking single-use plastic out of the food system, it helps protect the food that’s on sale and reducing the waste going to landfill.

Commercial production of the bioplastic is now just a few months away with the initial focus on farmed salmon products. While chitin is already widely used around the world by a variety of industries in many products, the traditional extraction of this polymer and its conversion into chitosan tends to involve high energy costs as well as the use of harsh chemicals. CuanTec’s solution, however, uses a much gentler fermentation process that’s more environmentally friendly and cost-effective, the company told the Advocate.

CuanTec’s Paula Duffy said that to the best of the company’s knowledge, this process is unique to its operations.

“In time, and with more R&D funding, the hope is to develop a fully biological process that eliminates the use of any chemicals,” she added.

CuanTec started operations in 2017 with three researchers at a lab at Biocity, outside Glasgow. It has quickly grown to a team of 14, along with an additional lab facility at the European Centre for Marine Biotechnology in Oban. In getting to this stage, most of the company’s endeavors have focused on the science and finetuning the biological process to bring down costs as well as reducing the environmental impact, but Duffy acknowledged that while this has been going on, the interest and demand for the product has increased dramatically.

“We’re getting a lot more attention, with lots of people asking for the product, and that’s a nice challenge to have,” she said. “We’re getting there. We are close; we’re hoping to be in production at the start of next year.”

To help CuanTec progress to pilot production scale and finalize its formulations, the company recently secured funding from Sky Ocean Ventures and Scottish Enterprise. This was through an investment round geared towards accelerating ideas that can deliver sustainable solutions to single-use plastics.

Retail group John Lewis & Partners, which owns the grocery chain Waitrose, is also on board with the solution. This engagement came after the idea was presented to John Lewis during a pitch day to reduce plastic waste, part of its JLAB retail innovation program.

At the end of 2018, Waitrose, which is committed to making all of its own-label packaging recyclable, reusable or home compostable by 2023, entered into a partnership with CuanTec to test the packaging on its food products, with a view to introducing it to some of its fish.

“They are hoping that the first products will be on shelves by 2021, starting with smoked salmon,” said Duffy.

“They are sending us their prawn shells and we are developing some packaging that they can use from those shells,” said Duffy. “It will be a circular economy, which is quite an important part of their strategy.”

“We’ve had a lot of interest from the salmon and aquaculture sectors, but it’s not just food manufacturers that are interested. Dairy farmers have been asking of the possibility to produce bottles, and beer companies looking for alternatives to the connected plastic rings (yokes) have been in touch. There have also been enquiries about its use as a wrapping for pallets rather than the shrink wrap that’s currently used,” said Duffy. “Our company was established before Blue Planet II aired, but since then the interest in us has just been crazy.”

While CuanTec hopes to eventually be in a position to develop plant-based products, potentially using chitosan extracted from mushrooms, the immediate focus will remain on fresh fish. It would also like to open new lab facilities so that it can produce chitin and chitosan globally close to fishing villages.

“Plastic is very much at the forefront of everyone’s mind. It has its place, but not the way that we are using it at the moment. There’s a realization that we need to replace single use plastic with something that’s fully compostable and which isn’t going to have the environmental impact of standard PET packaging,” said Duffy. 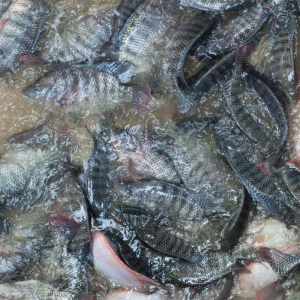 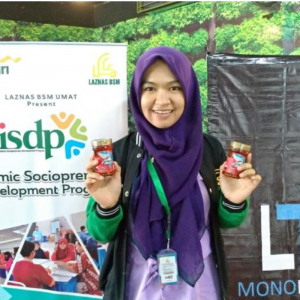 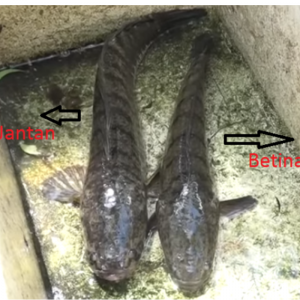 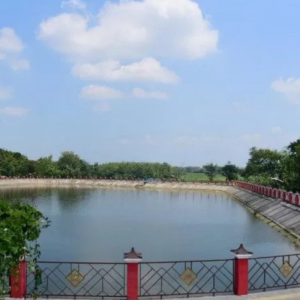