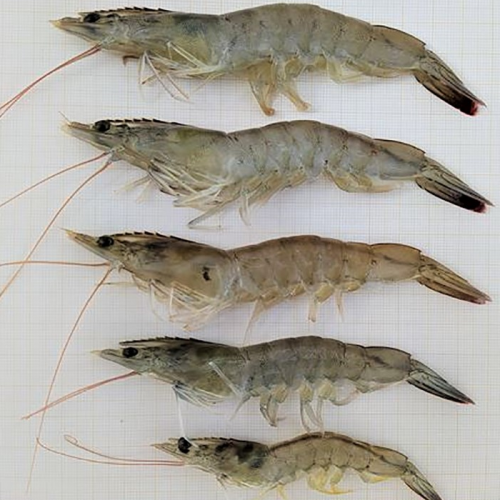 One of the potential management measures to improve shrimp production is the application of biofloc technology (BFT), which brings several production advantages compared to the traditional systems in ponds. BFT systems improve water quality, because there is no water renewal to consequently reduce or eliminate effluents.

Additionally, these systems make it possible to increase stocking density, improve biosafety and remove nitrogen compounds through absorption by the microorganism community. This community also acts as a food supplement for the shrimp, providing a constant feed supply 24 hours a day and also enabling a reduction in the protein levels in any manufactured feeds used.

Compensatory growth is defined as a physiological process where the organism goes through a rapid phase of growth after a restricted period of development. It varies according to the species, life stage, environmental conditions, severity and duration of restriction as well as how the organism responds once improved or ideal culture conditions are restored. Compensatory growth has been explored with several aquaculture species (including shrimp) under different conditions, including feed restriction, hypoxia, high densities and temperatures, and exposure to toxic compounds. It can occur at varying degrees (Fig. 1), according to the classification below from Ali et al. (2003):

1) Full compensation, where organisms that have suffered some deprivation reach the same weight as animals that remained under adequate conditions.

2) Partial compensation, where animals that have undergone restriction present rapid growth rate and may have better feed conversion ratios during the recovery period, but do not reach the same weight of animals kept in adequate, control conditions.

3) Over-compensation, where animals that have experienced the restriction reach a larger weight than the control animals.

4) No compensation, when animals that have suffered some stress do not grow anymore when the optimal conditions are re-established. 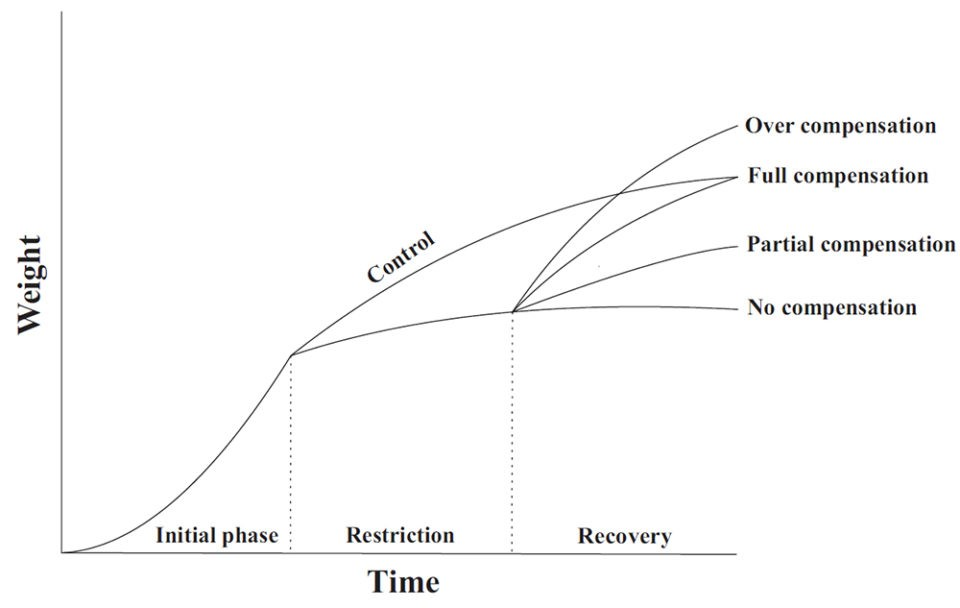 Fig. 1: Theoretical patterns of compensatory growth for shrimp in a BFT system. Adapted from Ali (2003).

The production of Pacific white shrimp (Litopenaeus vannamei) in BFT systems has been growing in Brazil, mainly in the South and Southeast regions. In these regions, production is often limited due to low temperatures during the autumn and winter seasons. Thus, the evaluation of compensatory growth after re-establishment of optimal temperatures for the species would allow the production of two or more annual harvests despite the low growth rates experienced during the autumn and winter.

In addition to exploring compensatory growth from temperature changes, an evaluation of the effects of this process involving feed management is relevant, because manufactured feed is the main production cost – as much as 60 percent – in intensive shrimp farming. Therefore, the use of feed restriction as a trigger for subsequent compensatory growth could be a strategy for reducing feed requirements and costs.

We carried out a study to evaluate the occurrence of compensatory growth in L. vannamei shrimp at different temperatures and under feed restriction at 28 degrees-C. It was conducted at the Marine Station of Aquaculture (EMA), of the Institute of Oceanography, Federal University of Rio Grande in Southern Brazil. 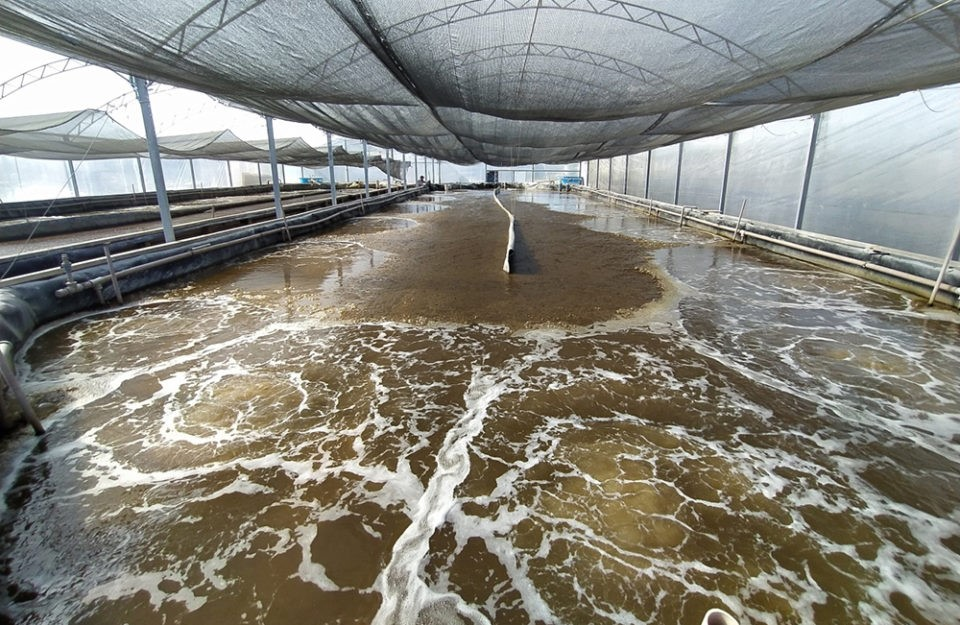 Fig. 2: View of a greenhouse where L. vannamei are reared in a BFT system at Marine Station of Aquaculture (EMA), where the animals and biofloc inoculum for this study were obtained.

L. vannamei juveniles (initial weight 1.78 grams ±0.38) were initially stocked at a density of 300 shrimp per cubic meter. All of the experimental units were filled with 10 percent of their total volume with biofloc-rich water from a grow-out raceway. Two treatments were used – temperature and feed restriction – in the 65-day trial, which was divided into two phases: (1) a restriction period and a recovery period.

To evaluate the compensatory growth at different temperatures (Experiment 1), three treatments (in triplicate) were used, where the animals were exposed to three temperatures (20, 24 and 28 degrees-C) during the first phase and, subsequently, all the experimental units were placed at 28 degrees-C for 30 days (second phase – recovery).

Regarding food restriction (Experiment 2), two treatments (in triplicate) were used: (1) control, where the animals received 100 percent of the recommended feed during the entire experimental period; and (2) restriction, where the animals received only 40 percent of the amount of feed offered to the control group in the first 35 days of the experiment (first phase) and, then were fed at 100 percent like the control group (second phase – recovery). All experimental units were maintained at 28 degrees-C during Experiment 2.

In both experiments, the animals were fed with a 38 percent protein commercial shrimp diet (Guabi®) twice a day using feeding trays.

Fig. 3: View of a feed tray used to apply and control feed consumption during the study.

During the study, water temperature, dissolved oxygen, salinity, and pH were monitored twice a day. Total ammonia, nitrite and alkalinity were monitored three times a week, while nitrate, phosphate and total solids were monitored once a week. The alkalinity and pH were corrected according to Furtado et al. (2011) using hydrated lime to maintain concentrations higher than 150 mg/L and 7.2, respectively. 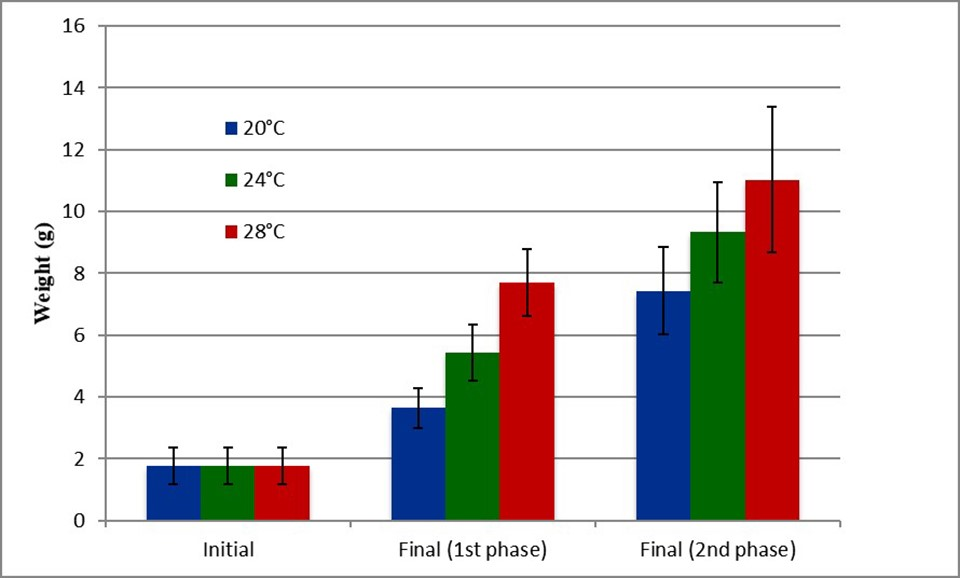 Fig. 4: Initial and final weights of shrimp from the first and second phases of the 20, 24 and 28 degree-C treatments. Fig. 5: Weekly growth rates (grams per week) of the shrimp during the first and second phases of the 20, 24 and 28 degree-C treatments.

For Experiment 2, at the end of phase 1 (food restriction), animals in the treatment that received 40 percent of the feed had a significantly lower final weight and the survival rate was not affected by the feed restriction. At the end of the second phase (recovery), the final weights did not present significant differences, indicating that full compensation had occurred once the optimal conditions were re-established. 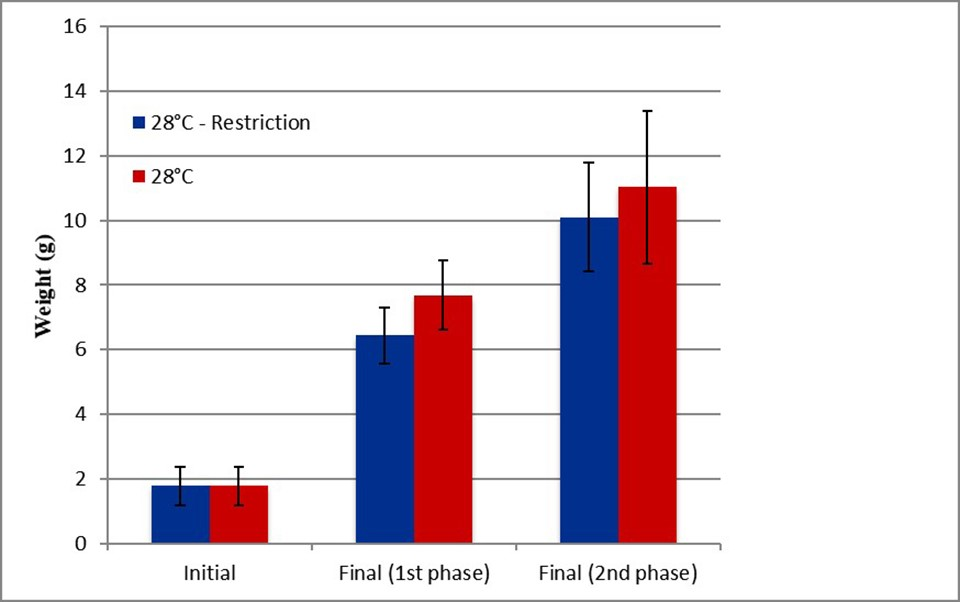 Fig. 6: Initial and final weights of shrimp from the first and second phases of the control group (red) and the treatment that had feed restrictions (blue).

In regions with subtropical or temperate climate where shrimp production is limited by low temperatures during autumn and winter – such as southeast and southern Brazil – it is possible to maintain L. vannamei at low temperatures for a long time with low growth rates and subsequent partial growth recovery. In this case, survival is not affected and the shrimpthat have been subjected to feed restrictions subsequently exhibit rapid growth rates.

Regarding feed restriction, it is possible to reduce the amount of feed offered during a growing period to reduce feed costs and to improve water quality. In this case, the shrimp may show complete compensatory growth. This process is facilitated in BFT systems where shrimp have natural, supplementary feeding available 24 hours a day, thus reducing the negative impact of feed restrictions. 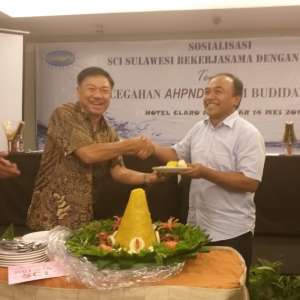 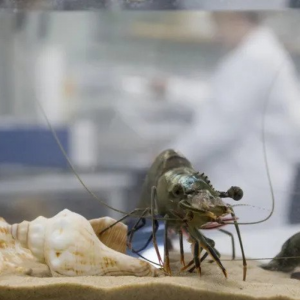 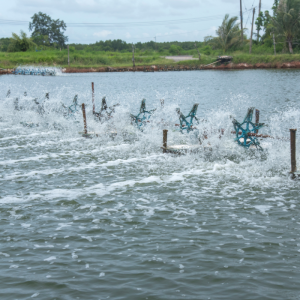