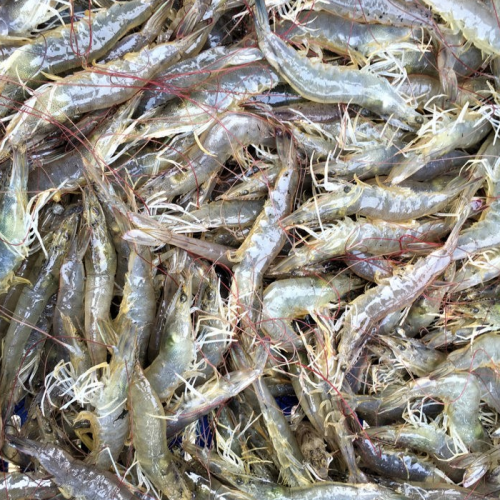 Numerous strategies have been developed to improve the colonization of the gastrointestinal tract of aquatic animals with beneficial bacteria and avoid proliferation of pathogenic bacteria. One of these approaches has been diets with pre‐, pro‐ and symbiotic supplementation, which can also improve animal growth and feed efficiency. Probiotics have shown to be a promising and environmentally friendly alternative for disease prevention, especially in the culture of high-value crustaceans like shrimp.

Several studies have indicated that probiotics can contribute to enzymatic digestion, inhibit pathogenic microorganisms, promote growth factors and increase the immune response of aquatic organisms. Consequently, new beneficial microorganisms that could be used as probiotics in aquaculture are constantly explored. Marine actinomycetes are among those promising candidates by virtue of their ability to produce a wide variety of antibiotics and extracellular enzymes.

This study was financed by Sectoral Fund for Research and Education of México: Projects CONACyT Basic Science 258282 and Proinnova CONACyT 241777, under the academic responsibility of JMM‐S. We thank the following CIBNOR staff: Patricia Hinojosa, Delfino Barajas and Pablo Ormart, and Diana Fischer for their editorial services.

The experimental shrimp were fed with a commercial, 35 percent protein, pelletized feed (Purina®, Ciudad Obregón, Sonora, Mexico) in which the probiotic suspensions were incorporated by spraying. The Lactobacillus and Bacillus strains were incorporated at a final concentration of 1 × 106 colony‐forming units (CFU) per gram of feed, whereas Streptomyces strains were added at a ratio of 1 × 108 CFU per gram of feed, which is the mean of the dose range used for most of the probiotics.

Treated shrimp were fed ad libitum three times a day over the course of 30 days with the probiotic‐sprayed commercial diets, and the control group was fed with the commercial diet sprayed with sterile seawater. The bacterial load in the feed was confirmed by plate count; particulate matter was removed daily by siphoning during the probiotic feeding period followed by the addition of discarded water (25 percent). No water exchange was performed during the challenge, and dead animals were regularly removed from tanks throughout the daylight hours.

For detailed information on the experimental design; test organisms; DNA extraction and sequencing; and statistical analyses, refer to the original publication.

In general, microbiota diversity in most of the experimental groups was higher after than before the challenge with V. parahaemolyticus. Fig. 1 shows the Principal Component Analysis (PCA, a tool for making predictive models and often used to visualize genetic distance and relatedness between populations) of the beta diversity (an ecological term for the ratio between regional and local species diversity) associated with microbiota variance for groups treated with probiotics and control groups, before and after V. parahaemolyticus challenge. 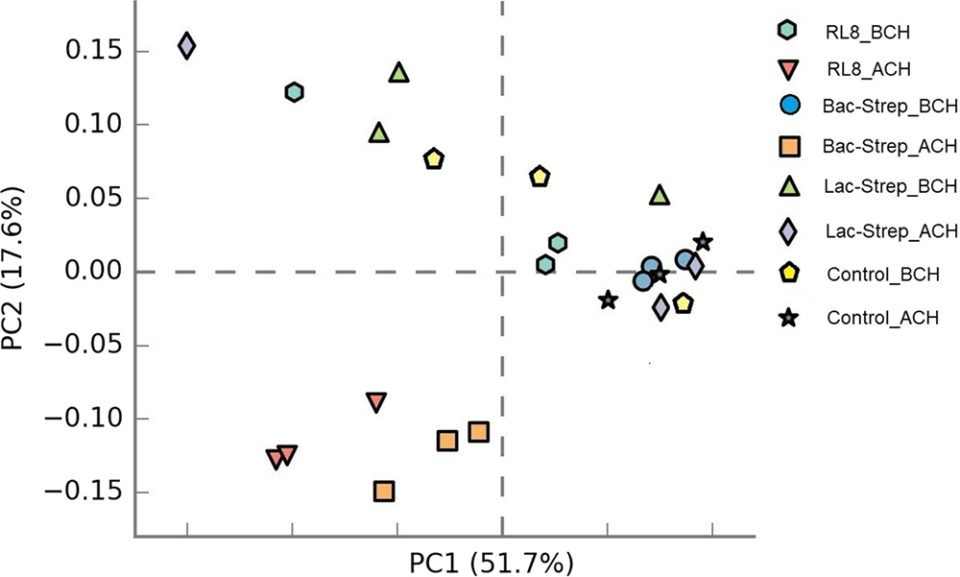 Fig. 1: Principal components analysis (PCA) plot of beta diversity associated with the gut microbiota of L. vannamei treated during 30 days with Streptomyces alone [RL8] and combined with Bacillus [Bac‐Strep] and Lactobacillus [Lac‐Strep]; before [ˍBCH] and after [ˍACH] challenge with Vibrio parahaemolyticus. Adapted from the original.Results of our study showed that, after the challenge, the microbiota composition of shrimp treated with RL8 and Bac‐Strep was different from the rest of the experimental groups, based on PCA. These treatments were grouped on the left side of the chart along the first principal component axis (PC1). In contrast, the intestinal microbiota (IM) of shrimp from the rest of the groups showed a wider dispersion, indicating differences in beta diversity.

The composition and abundance of the bacterial community of the different experimental groups is shown in Fig. 2. A total of 14 phyla were identified in the intestine of L. vannamei: Proteobacteria, Actinobacteria, Bacteroidetes, Verrucomicrobia, Firmicutes, Planctomycetes, Fibrobacteres, Cyanobacteria, TM7, Chlamydiae, TM6, Chlorobi, Fusobacteria, and GNO2. Except for Bac‐Strep_ACH, Proteobacteria was the most abundant bacterial phylum in all experimental groups before and after challenge, with an average relative abundance of 45.34 ± 6.0 percent and 58.62 ± 2.74 percent, respectively. This phylum was followed by Actinobacteria and Bacteroidetes with relative abundances of 30.40 ± 3.11 percent and 21.21 ± 3.70 percent and, 22.15 ± 5.66 percent and 18.44 ± 0.73 percent before and after challenge, respectively.

Fig. 2: Relative abundance (percentage of each phylum with respect to all valid sequences for each treatment) of different bacterial phyla associated with the gut microbiota of L. vannamei treated during 30 days with Streptomyces alone [RL8] and combined with Bacillus [Bac‐Strep] and Lactobacillus [Lac‐Strep]; (a) before [ˍBCH] and (b) after [ˍACH] challenge with V. parahaemolyticus.The three bacterial classes with the highest relative abundance were Alphaproteobacteria with 42.5 ± 5.82 percent; Actinobacteria with 29.16 ± 3.30 percent; and Flavobacteriia with 21.45 ± 5.65 percent before challenge (BCH), and 35.23 ± 3.74 percent, 25.81 ± 6.35 percent, and 18.37 ± 0.92 percent after challenge (ACH), respectively (Fig. 3). 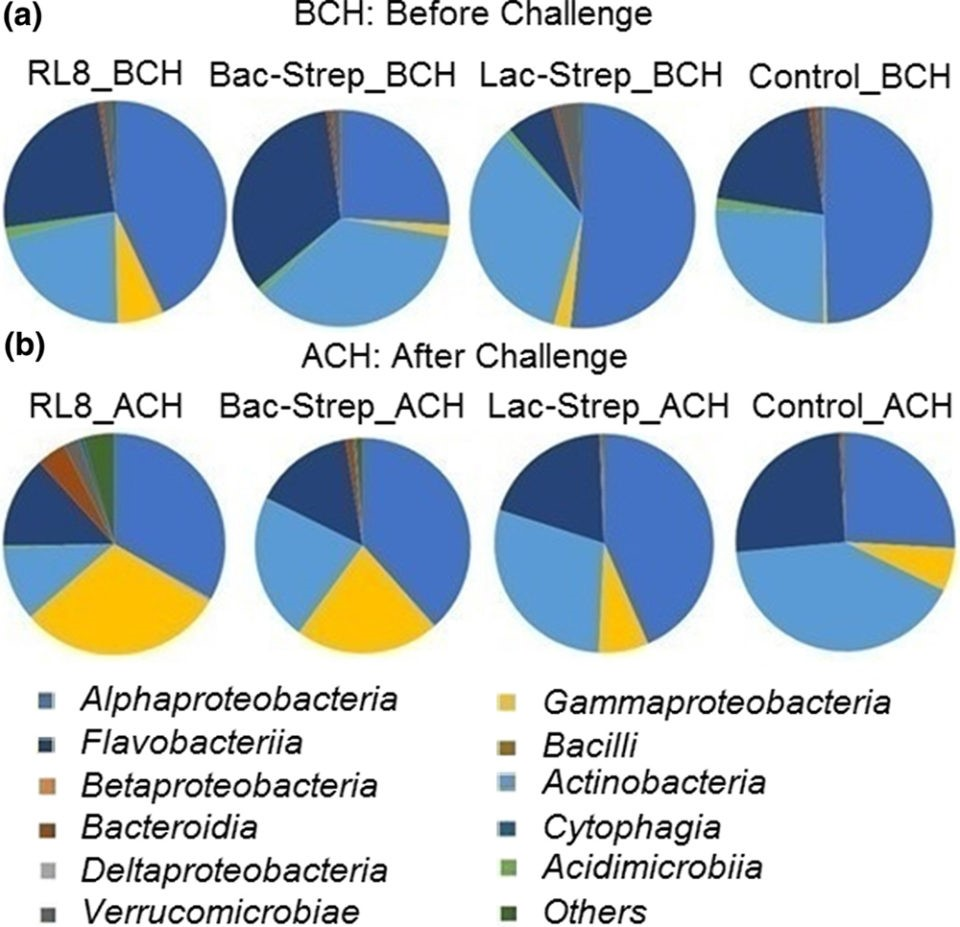 Fig. 3: Relative abundance (percentage of each class compared with the total) at class level associated with the gut microbiota of Litopenaeus vannamei treated during 30 days with Streptomyces alone [RL8] and combined with Bacillus [Bac‐Strep] and Lactobacillus [Lac‐Strep]; (a) before [ˍBCH] and (b) after [ˍACH] challenge with V. parahaemolyticus.An animal’s intestine is a vital organ for food storage, nutrient digestion and absorption in addition to playing an important role in immunity. Several intestinal functions are achieved through bacterial metabolism, which may also benefit the host by improving the immune response, nutrient absorption and homeostasis maintenance. Consequently, modulation of the IM – through optimization of diet formulation or supplementation with pre- and probiotics – is important to improve the general physiological development and increase the productivity and economic revenues during shrimp farming.

Results of this study showed that the groups RL8_ACH and Bac‐Strep_ACH had higher bacterial diversity, which has been associated with a greater host resistance to pathogen colonization than the other experimental groups. Even though a significant change in microbiota composition of L. vannamei has also been achieved with other probiotics, this is the first study showing such effect with Streptomyces strains, either alone or combined. Results for the Control_ACH group challenged with V. parahaemolyticus suggested less bacterial diversity and species richness due to the presence of the pathogen and, thus, a greater susceptibility to invasion by this agent.

Proteobacteria was the dominant phylum in the intestine of L. vannamei treated with probiotics before and after V. parahaemolyticus challenge, followed by Actinobacteria and Bacteroidetes. This phylum has been regarded as the most abundant in L. vannamei in multiple studies with relative abundances from 68 percent to 97 percent. Similar results were also reported at different salinities and food types. Other studies have detected the phyla Firmicutes, Bacteroidetes and Actinobacteria as the most dominant after Proteobacteria. Nonetheless, the relative abundance of these bacteria in the intestine of L. vannamei changes according to environment conditions and diet composition.

Actinobacteria was the second most abundant phylum in shrimp intestine. Some members of this phylum are known to be excellent secondary metabolite producers that can protect the host from an infection. Adding Streptomyces strains to feed resulted in a greater survival of L. vannamei after V. parahaemolyticus challenge. Our results confirm the great potential of Streptomyces strains as probiotic agents in aquaculture.

Microbial colonization and survival in the intestines of targeted organisms are usually claimed as crucial prerequisites for potential probiotics. However, these conditions do not seem to be strictly required for shellfish organisms which can benefit from their continuous interaction with beneficial microorganisms thriving in the water and sediment. This appears to be the case for Streptomyces sp. RL8, which is indigenous to the sea sediment, grows at a wide range of pH and salt concentrations, and produces resistant spores along with several extracellular enzymes and antimicrobial metabolites. Consequently, the modulatory effect on shrimp microbiome found here is not surprising, the same as several other probiotic effects already described for this strain.

Results of our study revealed that Proteobacteria, Actinobacteria and Bacteroidetes were the predominant phyla in the intestine of L. vannamei shrimp. It also showed the modulating effect of Streptomyces sp. RL8 on L. vannamei microbiota, as well as its stimulatory effect on several antimicrobial producers that protected shrimp from V. parahaemolyticus infection. These results contribute to a better understanding of the composition and dynamics of L. vannamei intestinal microbiota and to the development of novel probiotics for the culture of this shrimp species. 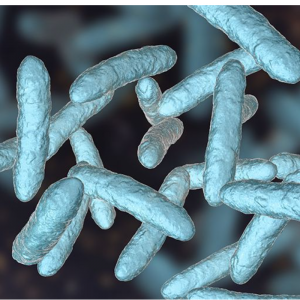 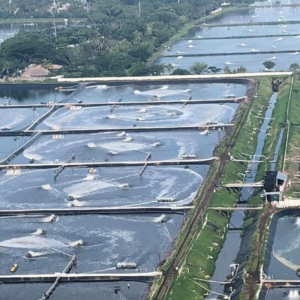 Intensification of Penaeid Shrimp Culture: An Applied Review of Advances in Production Systems, Nutrition and Breeding 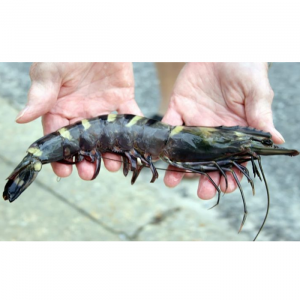 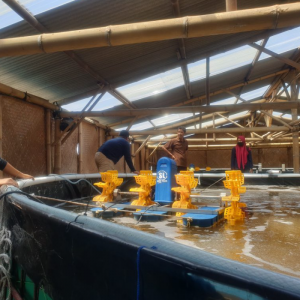