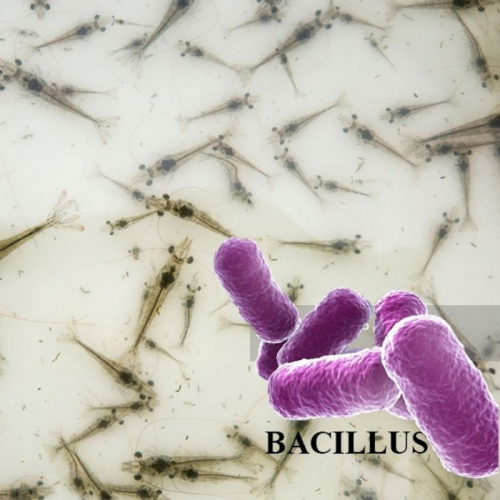 Study on the effect of lyophilized Bacillus in the form of freeze-dried V. harveyi against pathogenic V. harveyi.

Shrimp farming in Southeast Asia is developing very fast, including Vietnam. The highest production belongs to white leg shrimp, so investment in farming systems is expanding and becoming more active. However, along with the rapid development is the great threat of an increasingly serious disease caused by bacteria and viruses. Therefore a large amount of antibiotics has been used and residues. 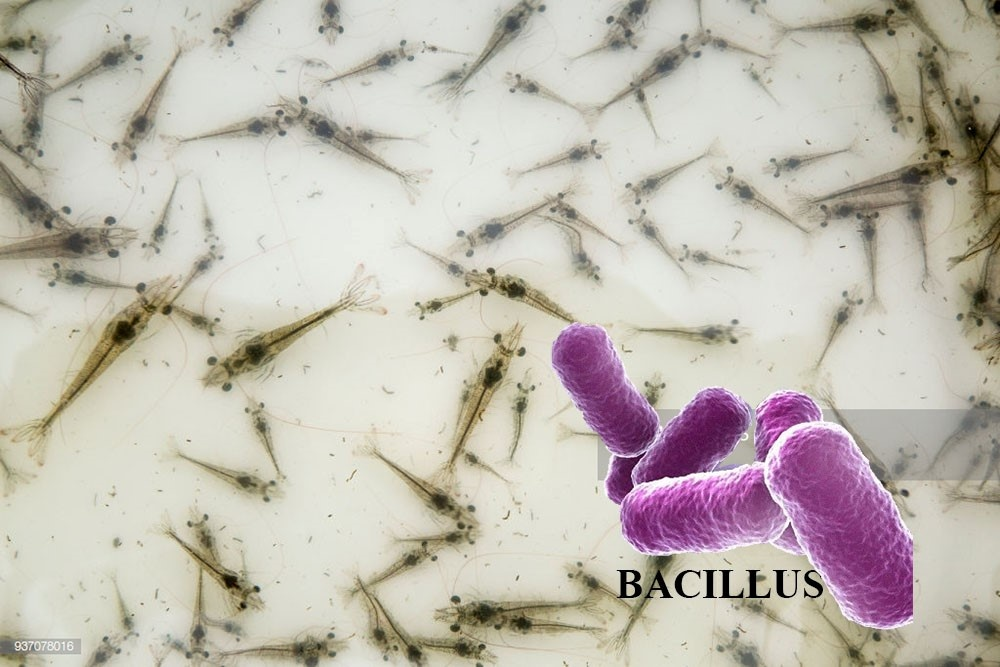 However, shrimp farming is now developing in a safe and environmentally friendly manner. New techniques that contribute to productivity improvement without endangering shrimp farmers, as well as users, are being increasingly applied. One of them is the management of the microbial community in aquaculture systems, through probiotics as an effective disease prevention tool. Supplementing to Bacillus probiotic diets has been shown to enhance immune responses, help with rapid growth, while also improving the quality of culture water and balancing the intestinal microflora in both tiger shrimp and whiteleg shrimp.

In order to have a high effect on aquaculture systems, probiotics must survive in unbalanced living conditions such as salinity, variable pH, osmotic pressure, low dissolved oxygen ... Micro-capsule technology has shown that it is possible to protect packaged microorganisms. This study will determine the benefits of Bacillus strain for the post-larval stage in Litopenaeus vannamei and resistance to V. harveyi of shrimp.

The study was conducted in Thailand. The first is to collect postlarval at a hatchery, then carry out rearing for 15 days until reaching PL30 size. Tested by scientific methods to prove that the shrimp seed does not carry the pathogen is V.harveyi.

Bacillus strains ( Bacillus thuringiensis, B. megaterium, B. licheniformis, B. polymyxa  and B. subtilis ) were isolated from tiger shrimp intestine through culture. Convert to dry and wrapped Bacillus microorganisms so that the right amount is needed for the study and ensure that only one pure Bacillus in each sample is prepared, maintaining the viability of the bacteria enough time for testing. experience.

Stock PL30 shrimp with a density of 52 shrimp / m 2   with aeration in each tank (9 tanks in total). Care management carefully, monitoring shrimp health daily to have appropriate treatment when abnormalities occur. The experiment consists of three contents: (a) a normal feeding regime for control samples (without probiotics), (b) a diet containing freeze-dried Bacillus (FB), (c) ) Add to Bacillus microbiota culture media (MB). In the case of MB the shrimp are normally fed and each tank is a different species of Bacillus. Add 3 times daily to ensure the final concentration is 10 7 CFU / ml.

Then check the infection, signs of disease occurrence, survival, the mortality of experimental shrimp. Sampling from shrimp then culturing, isolating bacteria on TCBS medium, then determining their biochemical shape and characteristics, sequencing their genes. Also, take samples of water and feces and isolate bacteria on the inoculum. Bacterial DNA extraction, running PCR to amplify the gene segments needed for research. Finally, statistical analysis is needed to determine the effectiveness of treatment.

After 30 days of feeding, there was an increase in the weight of FB and MB compared to the control group. The survival rate of the control group was 86.7% but in the two groups FB and MB up to 96% and 95.3%. Cumulative mortality in the control group was 63.06%, in the remaining 2 groups were 43.24% and 45.05%, respectively. Some manifestations on shrimp are anorexia, lethargy on the water. The inside of the intestine is empty and contains lots of mucus, inflammation, and hemorrhage, shrimp liver, and pancreas are gray and swollen.

Bacillus feeds and feeds into the surface of the intestinal mucosa, competing for nutrients and fouling with pathogenic bacteria. Bacillus has been studied for its ability to produce extracellular enzymes that enhance digestibility and absorption of nutrients, improving feed efficiency. In addition, Bacillus also has the ability to synthesize vitamins, coenzymes, amino acids, etc. They act as an additional source of nutrition in the intestinal tract of shrimp. Although there was no difference in the results of the lyophilized and microfiltration method in this study. However, the use of microfiltration is somewhat more advantageous in improving the growth performance and survival rate of shrimp.

Bacillus has the ability to produce inhibitors such as antibiotics alone or in combination. Previous research has demonstrated that Bacillus has an inhibitory effect on V. parahaemolyticus and V. cholerea that causes disease in the digestive tract of black tiger shrimp.   Bacillus 's V. harveyi protection has been shown to be effective in black tiger shrimp, giant freshwater shrimp, and other species. Observed that shrimp survived to have a higher phagocytic index, immune activity, antibacterial activity, the number of blood cells also increased significantly.

Micro-coated microorganisms have superior protection against lyophilized form against V. harveyi causes diseases in white leg shrimp. Although the mechanism of action is not known, the beneficial effects are evident in helping to balance the microflora in the intestinal tract of shrimp, reducing mortality from vibrio sp. cause. It also helps reduce damage to the liver and pancreas.

Quorum Sensing is a means that V. harveyi uses to produce their virulence, hemolysin. However, Bacillus strains have the ability to cut off the signal to produce this virulence of bacteria. And so a protective film formed by Bacillus prevented V.harveyi 's production of virulence. Microfilm containing Alginate is an immunostimulant to shrimp.

Some Bacillus species have been shown to prevent the accumulation of nitrogen-containing wastes (NH3 , NO2 ...) through nitrification or aerobic denitrification processes, thereby improving quality. country. This study also showed that lyophilized Bacillus and microcapsules were equally effective in terms of promoting growth and improving water quality against V. harveyi. However, the stability and survival of Bacillus microflora needs further research. 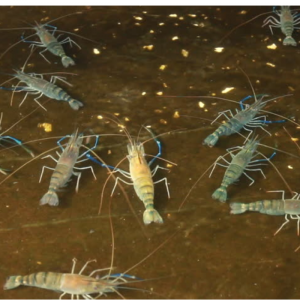 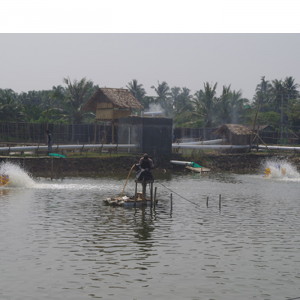 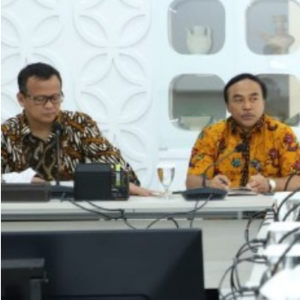 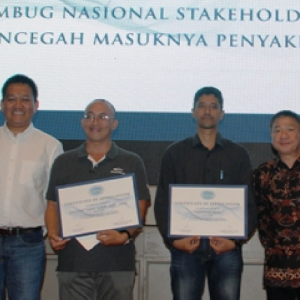