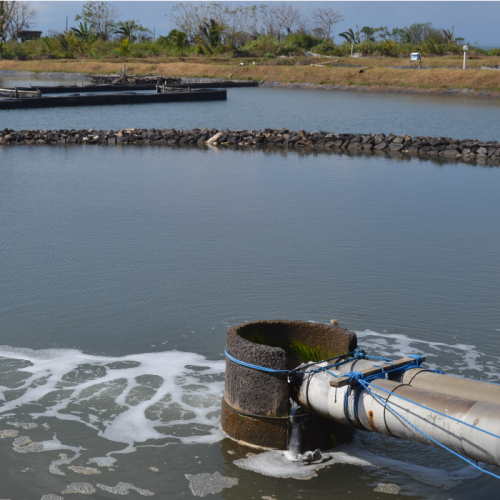 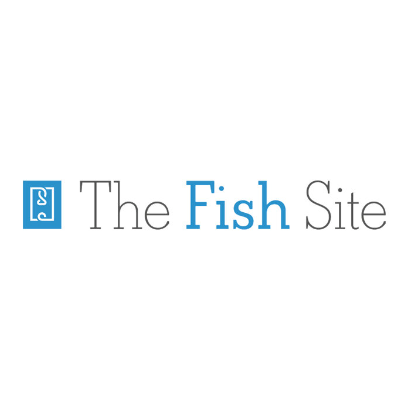 New research suggests that balancing levels of phytoplankton in shrimp ponds can prevent the growth of Vibrios, including Vibrio parahaemolyticus – the causative agent of EMS/AHPND.

Disease seems to be a never-ending challenge faced by the shrimp farming industry in Indonesia. Diseases caused by viruses such as white spot syndrome virus (WSSV), infectious myonecrosis virus (IMNV) or taura syndrome virus (TSV), as well as those caused by bacteria, such as Vibriosis, are troublesome for farmers. Vibrio parahaemolyticus, which is known as the cause of acute hepatopancreatic necrosis disease (AHPND), which is also known as early mortality syndrome (EMS), has recently become a concern for farmers.

AHPND has been a serious threat since its first outbreak in China in 2009 and has since spread to several Southeast Asian countries – such as Malaysia, Vietnam and Thailand – leading to reduced production levels following each outbreak. Indonesia was lucky not to be attacked in the early stages of the outbreak, so that farmers could learn from neighbouring countries such as Thailand and Vietnam how to avoid and handle it.

There are several actions that can be taken to avoid AHPND. The very first is to ensure that all possible sources – in particular post-larval shrimp and sea water – are free from Vibrio parahaemolyticus. Prakan Chiarahkhongman, a shrimp health expert from Charoen Pokphand (CP) Foods Thailand, once summarised that there are three key procedures to avoid AHPND: clean seed, clean water and a clean pond. According to him, these steps are one of the successful actions to restore production after an EMS outbreak.

To prevent the outbreak of EMS in all shrimp farming area in Indonesia, the government and integrated companies – such as Central Proteina Prima (CPP) and Japfa Comfeed Indonesia – a simultaneously made recommendations for preventing AHPND through tightening aquaculture procedures, such as doing better preparation and biosecurity; using certified seed; monitoring AHPND in the water, sediment, shrimp and faeces; and also using water treatment installation. Both the government and individual companies have also been proactive in conducting surveillance to screen it and take countermeasures, such as improving capability of laboratories to check AHPND.

In addition, the thought of early mortality in shrimp caused by V. parahaemolyticus also forced the farmers to redouble their efforts to ensure that their seed stocks and incoming water are free from these bacteria. Farmers have now begun to periodically check the sea water before they pump it into their ponds and will postpone production until they are really sure that it does not contain Vibrio parahaemolyticus. Meanwhile the government recommends that farmers only stock ponds from certified hatcheries which guarantee that their PL are AHPND-free.

These procedures have been working well for farmers who have applied them strictly. However, disease prevention is a continuous job throughout the cultivation process, so biosecurity needs to be continued throughout the production period.

After carrying out the precautions detailed above, there are several approaches to help prevent AHPND as the cycle gets underway. One of the most effective relates to keeping phytoplankton at the optimum level to suppress the growth of Vibrios.

According to a shrimp health expert from the Department of Animal Health Services CPP, Heny Budi Utari, besides producing oxygen and being the first producer in the food chain, phytoplankton also provide shade in the water that makes young shrimp comfortable and healthy. As they come from very tightly controlled hatcheries, PLs can be stressed when moved to the pond. If the environment is not comfortable for the shrimp, their immune system can be weak and this can be exploited by opportunistic pathogenic bacteria such as Vibrios.

As a result, according to Utari, phytoplankton should be produced prior to stocking the PLs.

However, these phytoplankton must then be maintained at an optimal volume and composition of species. Blooms or sharp drops in plankton numbers can make other water parameters fluctuate sharply. The mass mortality of phytoplankton can cause Vibrios to thrive. It can also stress shrimp and make it easy for Vibrios to infect them and attack their digestive system.

Based on her observation, shrimp infected with Vibrios can survive until harvest, as long as the issue is dealt with swiftly. One of indications of vibriosis is the the presence of dead shrimp in the bottom of the pond and central drain, when preceded by a drastic decline in plankton. In this situation, according to Utari, farmers can ensure a stable water quality by siphoning the bottom of the pond and adding new water from their reservoir pond, which they should ensure is already dominated by good phytoplankton.

At the same time, feeding can be reduced to minimise the addition of organic effluents from feed and faeces. The feed can be supplemented with probiotics such as Bacillus and Lactobacillus – or vitamin C and other immune products – to improve shrimp health. After that, farmers should grow and make a new balance of phytoplankton with some treatments, like adding fertilisers – such as CaCO3 or CaMg(CO3)2, fermented soybean meal and nitrifying bacteria – to make water conditions support phytoplankton growth. Utari says that the balance of phytoplankton will be back in 3-7 days and cultivation can then be continued until harvest time. She adds that it is even possible to produce shrimp as big as size 20 after coming back from Vibrio infection.

In a recent webinar conducted by the Indonesian Shrimp Forum (Forum Udang Indonesia/FUI), a veteran shrimp farmer, Hardi Pitoyo, also spoke about the importance of the balance of phytoplankton. Diatoms from the class of Bacillariophyceae and blue-green-algae (BGA) from Cyanophyta are the two groups of plankton types that he studies. He said that diatoms have a good protein content, but die too easily, so should be supplemented with BGA. However, he added that BGA itself should not be allowed to dominate, because it can be toxic to shrimp.

In addition, Pitoyo added that the dominance of BGA can be an indicator of unstable water quality, as this form of plankton can adapt to extremes. In such cases farmers can use fertilsers to restore the balance of phytoplankton. Pitoyo also suggested that the government should include guidelines relating to growing and maintaining phytoplankton in its production protocols, so that farmers, especially beginners, can carry out the procedure correctly. 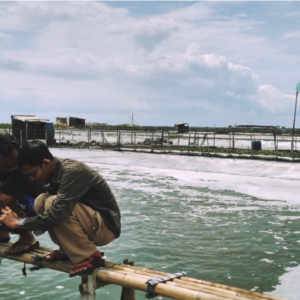 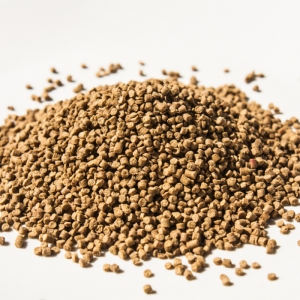 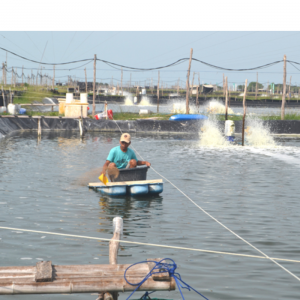 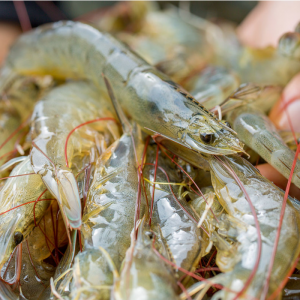 How to Feed Shrimp Effectively in Low Salinity