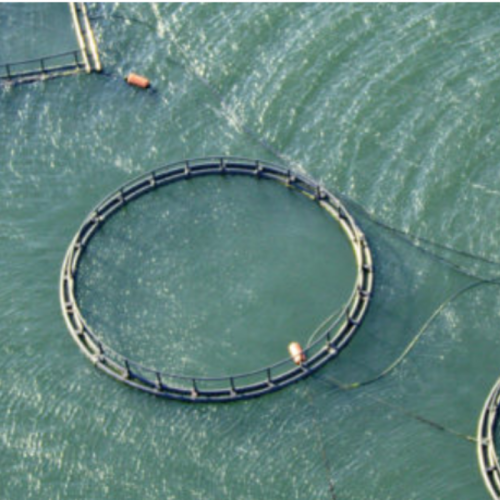 Fermented Protein Could Be The Path to Sustainable Aquaculture

In 2013, Larry Feinberg and Chris Marx founded KnipBio with one goal in mind: sustainability.

It’s an area Feinberg has been personally invested in for the last 15 years. A microbiologist by training, Feinberg previously worked for Waltham-based Mascoma, a corporation that produces cellulosic biofuel. Coming up with alternative fuel sources via fermentation was the kind of major problem Feinberg enjoyed solving. He wanted to apply that knowledge—and enthusiasm—elsewhere.

“Being a fermentation guy, and also being a pescatarian by dietary preference, I got really upset about the sustainability of my own food,” Feinberg said. “I thought maybe I could do something about it.”

Feinberg started KnipBio in “the humblest of beginnings—my own barn,” as he told the University of Massachusetts Lowell. He and Marx, in their combined research, discovered a microbe that was ideal for producing protein: a bacterium called methylobacterium extorquens. The first application? Aquaculture, a.k.a. feeding fish on fish farms. Protein is an increasingly scarce ingredient in fish feed.

KnipBio’s technology essentially uses the bacterium to create protein as a byproduct of the fermentation process—much the same way beer is typically brewed, where wort is fed to yeast in giant fermentation vats. As the yeast eat the wort, they emit alcohol. KnipBio’s microbes emit protein instead.

“We are brewing protein,” Feinberg said.

That protein then goes into KnipBio’s flagship product, “KnipBio Meal,” a mixture meant to feed fish on fish farms. It’s designed to replace current standard fish feed made from ground-up sardines, anchovies or even soybeans, which Feinberg says is unsustainable.

Genetically engineering microbes and replicating them to generate useful byproducts is a practice that extends back almost 30 years. In 1990, the U.S. Food and Drug Administration approved chymosin, an enzyme made from genetically modified E. coli and used to curdle cheese. Until then, the primary method of curdling cheese required calf rennet, an enzyme retrieved from the fourth stomach lining of slaughtered baby cows. Chymosin was among the first genetically engineered products to be approved by the FDA. Today, other FDA-approved food products made with genetically modified microbes include many vitamins and vanillin—they’ve received the designation of “Generally Recognized as Safe,” or GRAS.

In February, KnipBio joined their ranks by receiving GRAS status itself. It was a process five years in the making, essentially since KnipBio was originally founded, that involved scores of scientific trials, back-and-forth conversations with the FDA and a 1,000-page dossier.

KnipBio is making headway overseas, too. Last month, its production method received a patent approval from the European Union Patent Office, granting broad-based protection for the company’s intellectual property rights in the use of methylotrophic bacteria to produce single-cell proteins for animal feeds.

“Lowell itself has some fantastic bones,” Feinberg said. “It’s got these amazing old mills and the canals. The university is here, so there’s a vibe there in terms of culture and arts. It’s a combination of all those, plus affordability. Not to mention I live about 25 minutes away.”

Feinberg heads up a full-time staff of 13 as CEO. KnipBio has funding from both grants and outside investment, including a recently closed funding round of $1.5 million.

Feinberg says his team is in the process of soft-launching products now, with eyes toward hard launches next year. KnipBio’s first customers will be fish farm operators.

Feinberg sees a clear path from fish farms to table in improving sustainability all along the aquaculture supply chain. Today, most of America’s seafood is imported, much of it caught in the Pacific in regions where fishing practices are loosely regulated. That means it’s often unclear whether a species is being overfished, or whether it’s even safe to eat—fish today is often loaded with plastics and heavy metals.

“Our feed, growing something in a fermenter, is highly traceable,” Feinberg said. “You know exactly what goes in a reactor. You know exactly what comes out… I think the emerging voice of the consumer is for transparency and accountability. The whole sector has to change. It needs to come from innovative companies like ours, ultimately.” 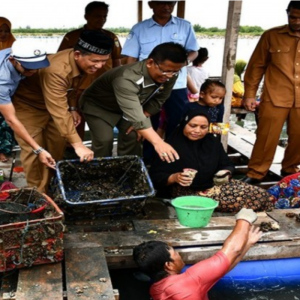 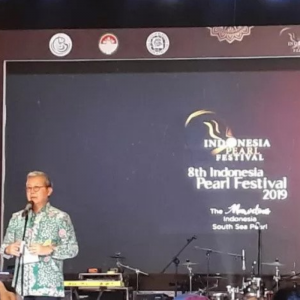 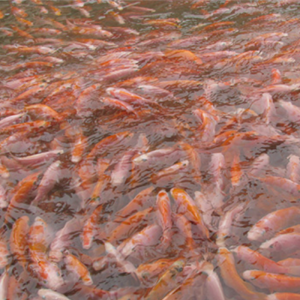 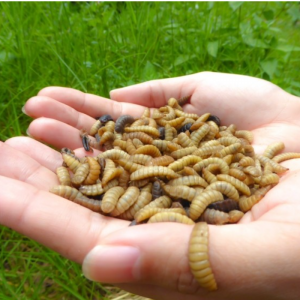